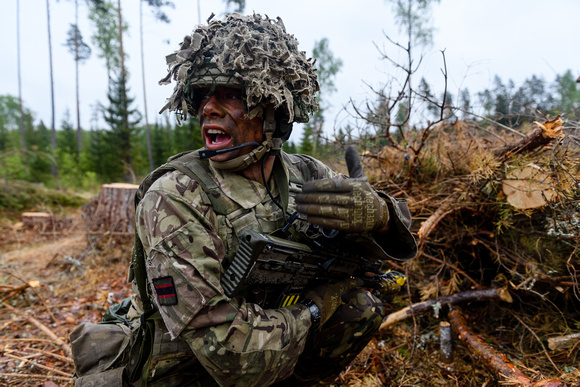 Pictured: Soldiers from 5 RIFLES battlegroup commence a Coy level attack in the forests of Estonia

Following on from the success of Exercise SPRING STORM, British troops are training with the Estonian Defence Force again on Exercise SABER STRIKE. This exercise has seen all elements of the 5 RIFLES Battle Group mobilise and train with their Estonian counterparts, who are specialists in all aspects of fighting in woods and forests.