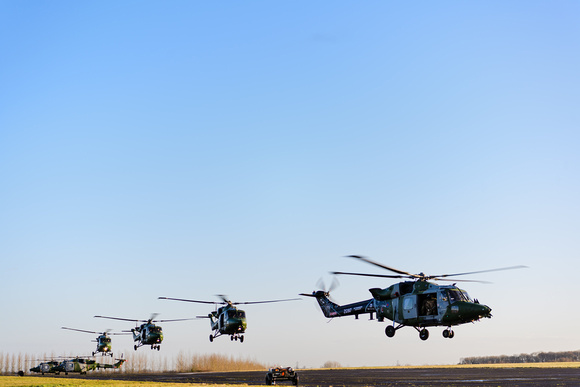 Today, To mark the Lynx’s decommissioning from British Army service, the Army Air Corps flew five of the last remaining airframes from RAF Odiham in Hampshire, where they are based, on a commemorative tour around England taking in some of the sites and locations to which the aircraft is most fondlt associated: Middle Wallop, Upavon, Yeovil, Wattisham to name a few. The flight culminated in an impressive V5 ‘air procession’ along the length of the River Thames over Central London.