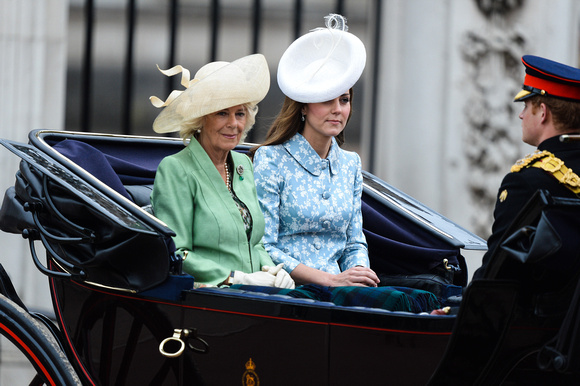 The Army performed its finest display of military pageantry to celebrate the Official Birthday of Her Majesty The Queen today on Horse Guards Parade in London.

The Royal family watched from the balcony of Wellington’s office, and more than 8,500 guests including the Prime Minister, foreign dignitaries, and Defence Chiefs of Staff, filled the stands on Horse Guards, while tens of thousands of the public lined the route, as The Royal Colonels: The Duke of Edinburgh, The Duke of Kent, The Prince of Wales, The Duke of Cambridge, and The Princess Royal, accompanied Her Majesty in stately procession down the Mall to inspect the Parade.

The Queen’s Birthday Parade, more popularly known as Trooping the Colour, is a great British tradition and one of the most complex and labour intensive events the military stages. Countless hours of planning and preparation go into making sure that the final result is as close to perfection as humanly possible in honour of Her Majesty, their Colonel in Chief.


Photographer: Cpl Timothy Jones RLC Crown Copyright
Crown Copyright: This image may be used for current news purposes only. It may not be used, reproduc
User Agreement
Cancel
Continue