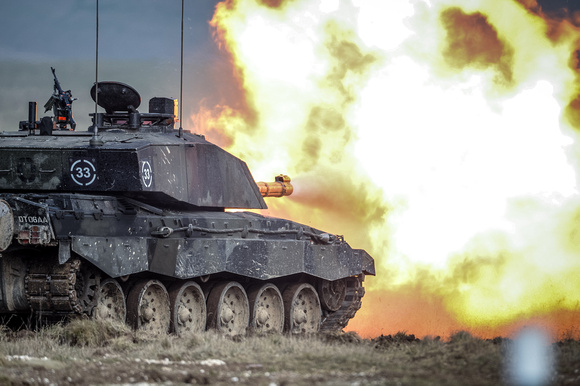 The British Army has been holding a major divisional exercise (Exercise ‘Tractable’) across Salisbury Plain throughout March 2015. The exercise is designed to test the ability of 3rd (UK) Division’s ‘Lead Armoured Task Force’ to deploy on potential future overseas operations.

It has seen the movement of around 1,800 personnel and approximately 730 vehicles, including heavy armour. Over the past two weeks the troops have deployed from their barracks across the UK, via a centralised Mounting Centre on Salisbury Plain, to air and sea points of embarkation.

The exercise concluded with a Combined Arms Demonstration on Salisbury Plain by troops from 12th Armoured Infantry Brigade, 3rd (UK) Division’s current brigade held ‘at readiness’. Led by the 1st Battalion The Yorkshire Regiment (1 YORKS) Battle Group, and including many of the vehicles taking part on Exercise ‘Tractable’, the demonstration consisted of three distinct phases – a simulated defence, attack and obstacle crossing – and ended with a final drive past of the vehicles involved in the demonstration.

Photographer: Cpl Timothy Jones RLC
Crown Copyright: This image may be used for current news purposes only. It may not be used, reproduc
User Agreement
Cancel
Continue