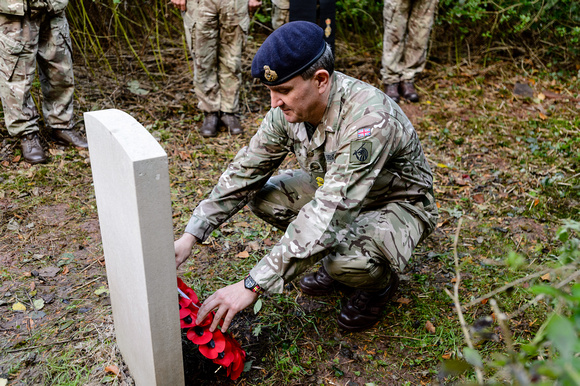 Lieutenant General James Everard, Commander Land Forces, to lays the wreath while on his visit to Cambrian Patrol.


The head of the British Army has taken part in a wreath-laying ceremony behind a derelict church to mark the 100th anniversary of the death of a soldier.


Private John Lewis died on October 20, 1915, while being cared for at a military wing of a hospital in mid-Wales. Talgarth. However, his grave was left untended to for years until a soldier stumbled across it while walking his dog.

Photographer: Cpl Timothy Jones RLC Crown Copyright
Crown Copyright: This image may be used for current news purposes only. It may not be used, reproduc
User Agreement
Cancel
Continue