What's in the bag for Pharoahe Monch

I bought a ticket, so was just going as a punter rather than covering the gig. I still wanted to take photos there so instead of using the big camera gear I decided take a different approach. Not knowing what the venue was like as I had not been there before, I had know idea what to take. In the end, I decided on a GoPro 3, a Fujifilm X-Pro1 with 35mm and 18mm lenses and a handful of spare batteries. 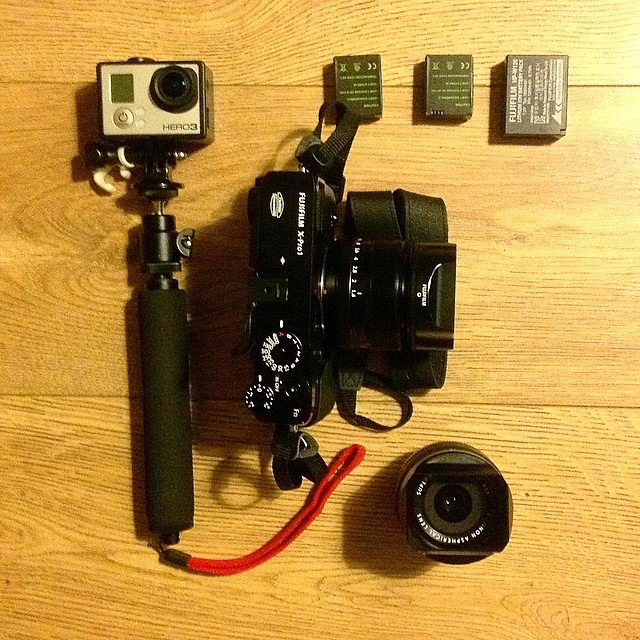 Once in there, I made my way as close to the front as possible to get a good viewpoint. I didn't want to get all the way to the front because I wanted to portray the atmosphere you experience whilst in the crowd. I've done lots of gigs before in 'The Pit' and the photos are great but It’s always too clean, no sense of being at the event 'in the crowd'

The first shots I took with the 35mm and using the GoPro now and again to get some video.

Here are a few examples with the 35mm- 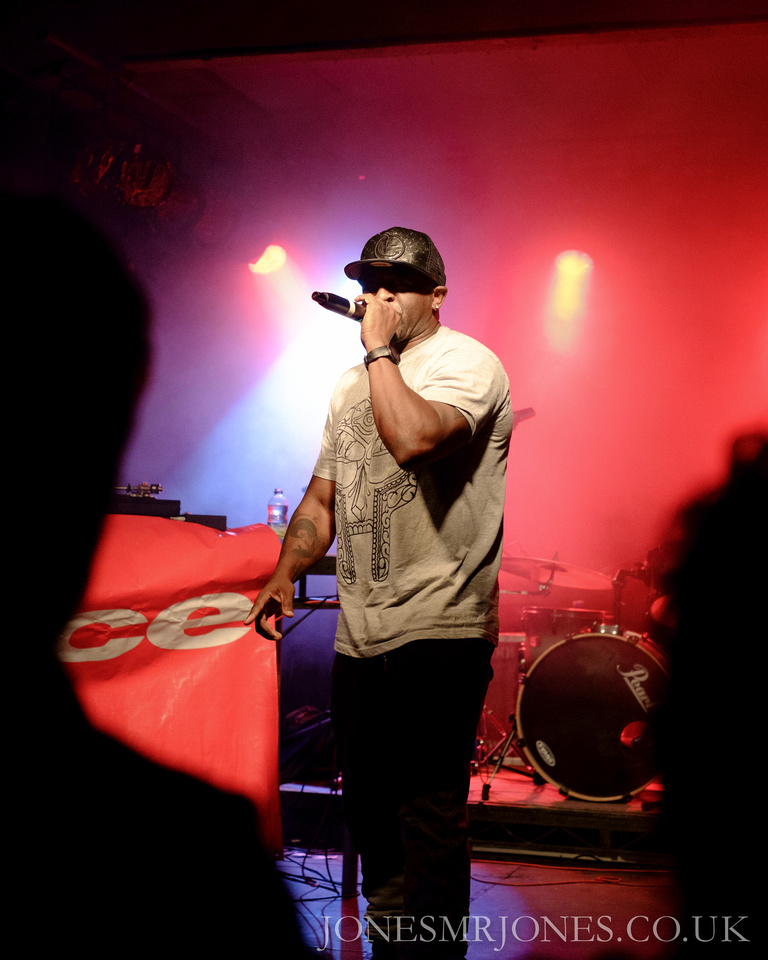 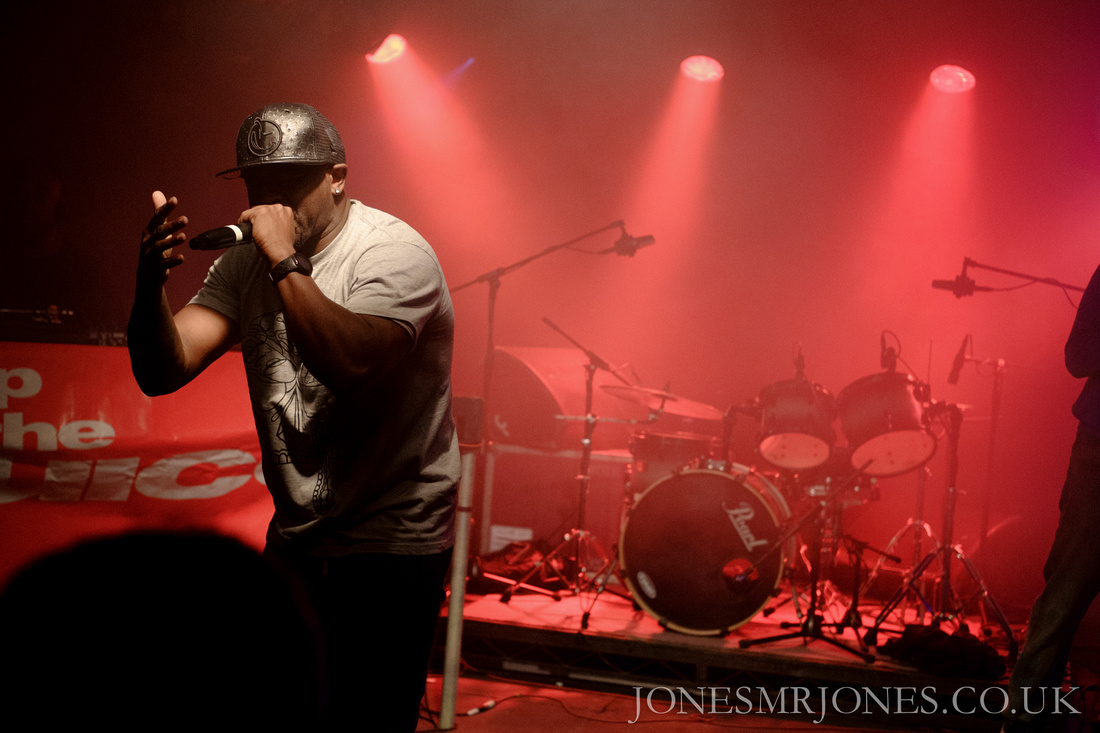 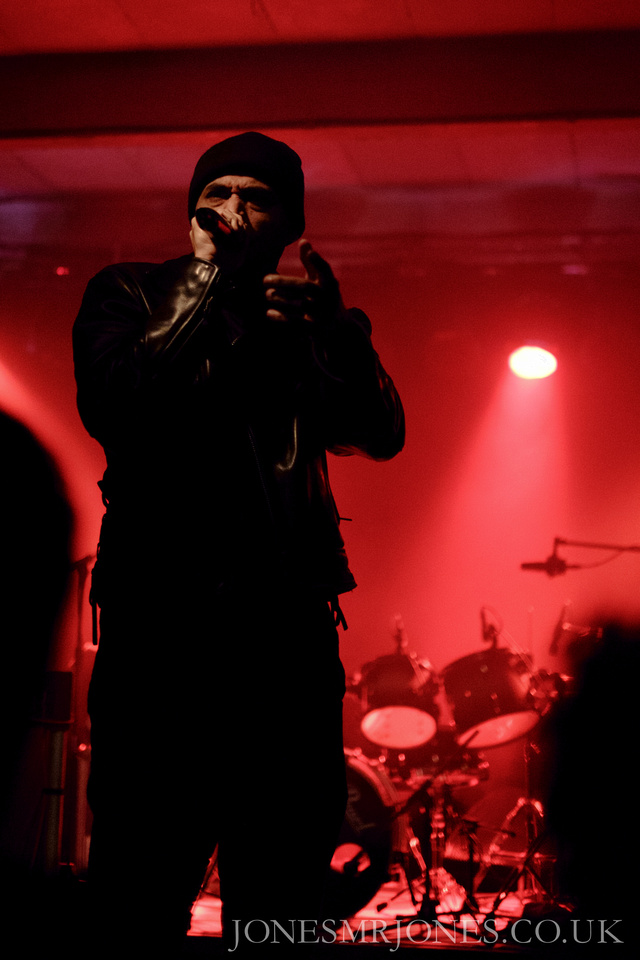 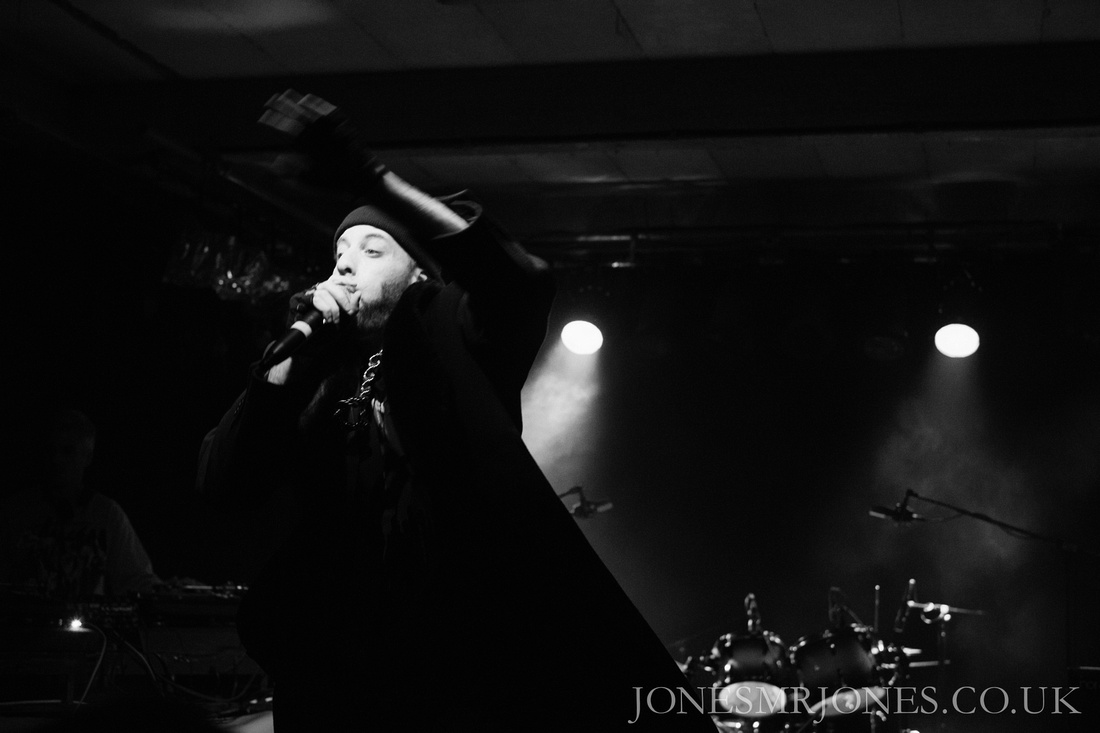 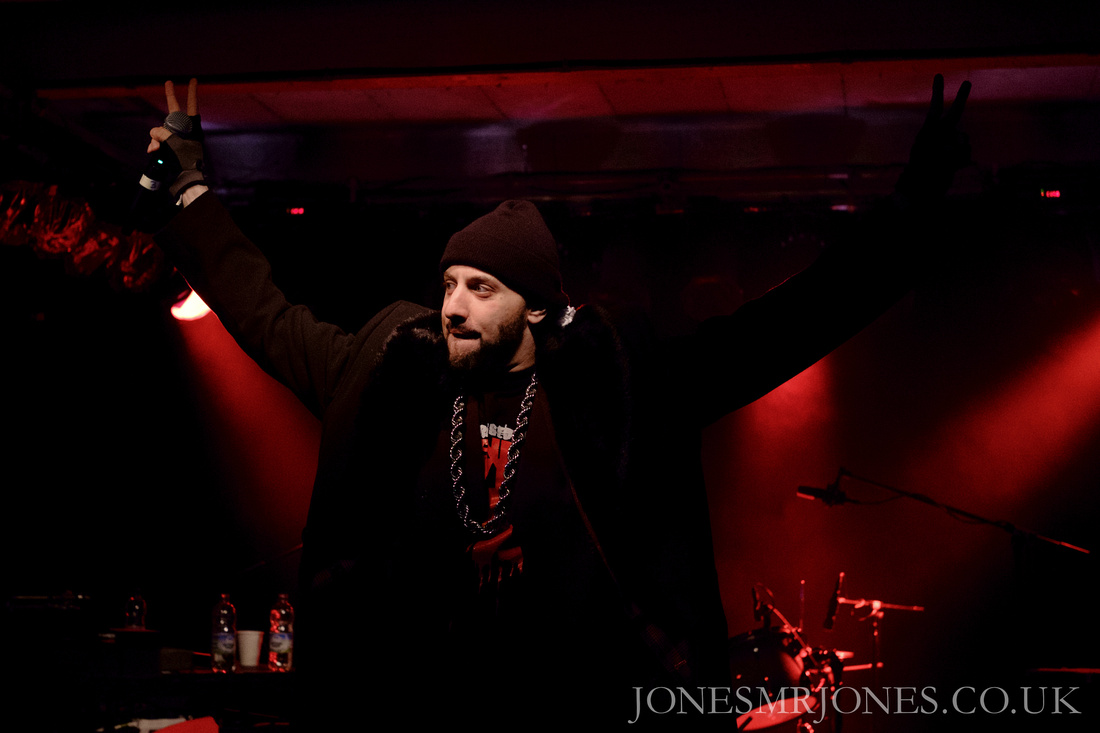 For Pharoahe Monch I wanted to get to the front of the crowd. I managed to get there when a few people went out for a smoke. 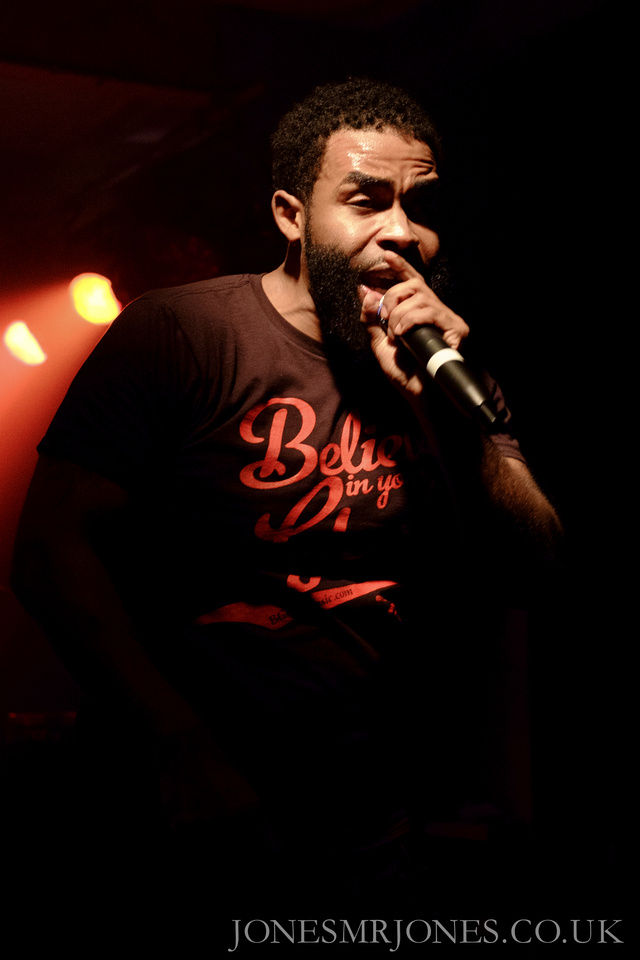 Once there, I realised that a wider shot would create the look I was wanting. I like wide shots, you get to see so much more of what's going on in the scene, it's almost like being in the picture, you can almost immerse yourself in the photo. 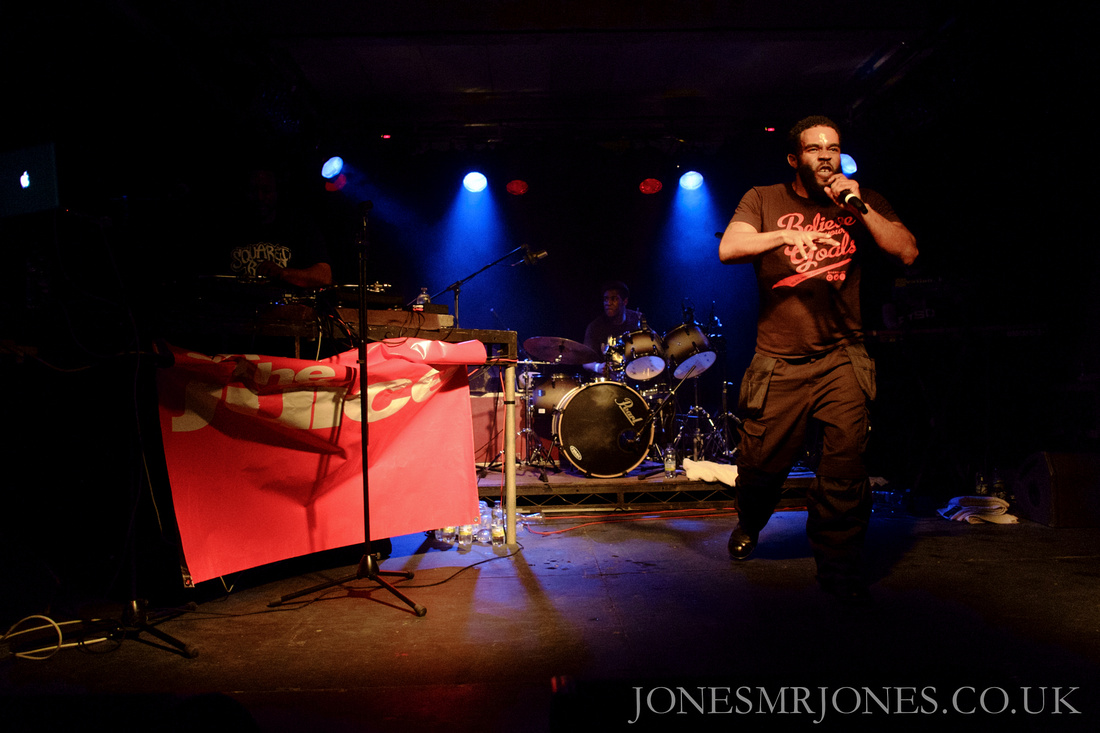 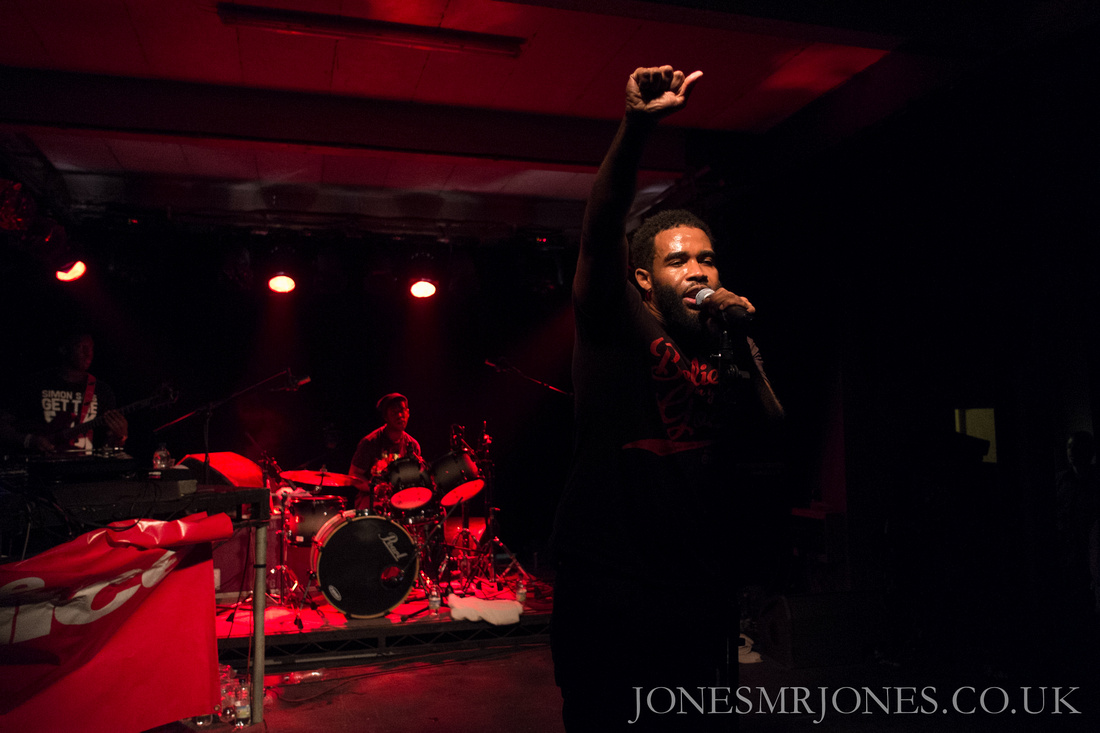 This is my favourite shot of the night. 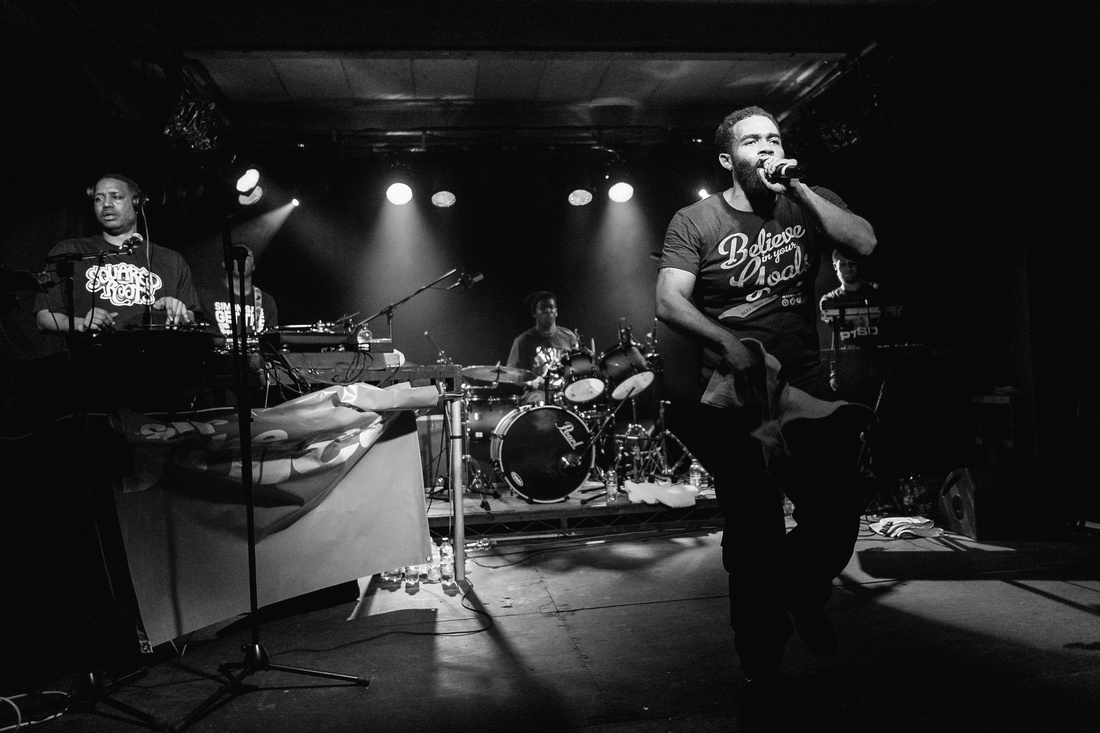 The GoPro videos will take a bit longer to edit. It was put to a real test when a Mosh pit erupted in front of the stage for RA The Rugged Man. More to come on that soon though. 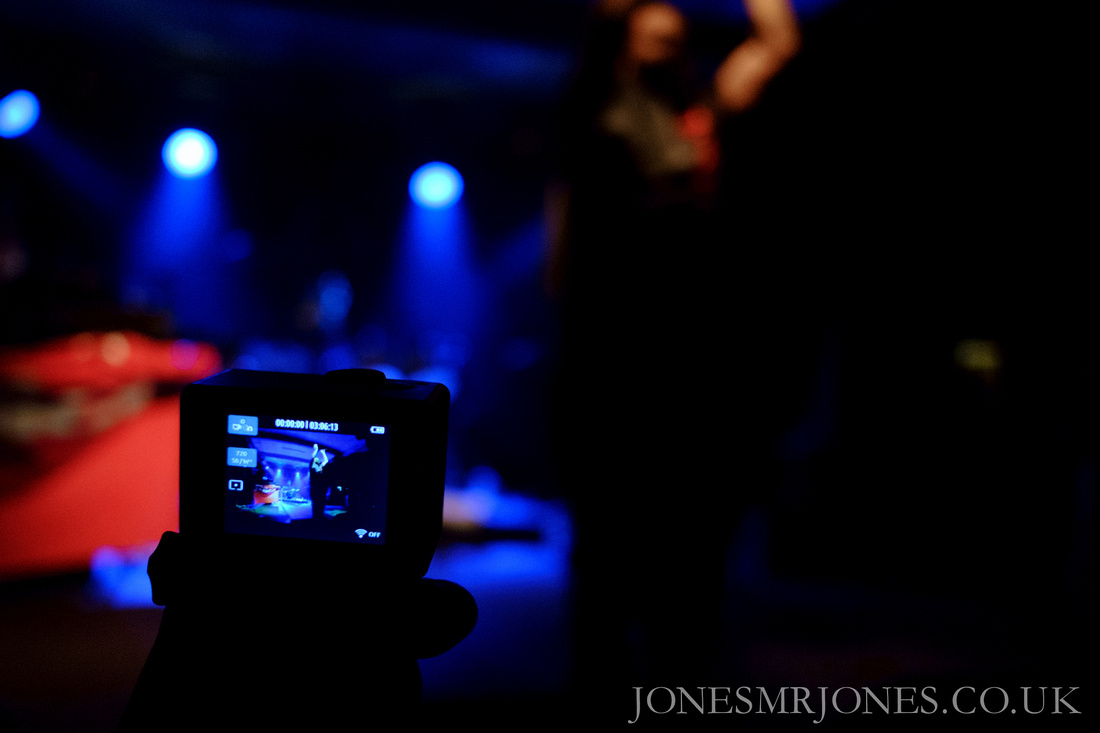 For more images from the night check out this link.

I found the night a good experience photographically speaking, It made me think about the photos a lot more being restricted to what kit I had with me. I knew the Fuji was good in low light, so I let the ISO do its own thing on Auto ISO set to max out at 3200. I also had to freeze the movement due to the acts moving around on stage, so I used shutter speeds between 125/sec and 500/sec. Aperture was f2.8 on the 35mm and f2 on the 18mm.